The hip new district on the move
Advanced Search

Neukölln mainly means the northernmost and most densely built-up part of the village near the Tempelhof field. The Reuterkiez district to the northeast of Hermannplatz is also called “Kreuzkölln” and is one of the most casual trendy districts.

Here at the border to Kreuzberg between Landwehrkanal and Sonnenallee, the district has changed in the past three years. In Weserstraße, one pub follows another, where young tourists, students and backpackers party all night long.

The former problematic district of Neukölln with its diverse cultural scene has a lot to offer especially to young Berlin tourists and residents. The longest and most important streets in Neukölln are Karl-Marx-Straße, Hermannstraße and Sonnenallee.
Here there is a lively club scene and in the side streets many small galleries and pubs are waiting to be discovered.

In addition to the alternative clubs and pubs, Neukölln also has enchanted gardens, original cobblestone streets and historic half-timbered houses. Around Richardplatz there is an almost rural atmosphere with many small shops and backyards.

The Rixdorf district with its winding streets is more reminiscent of a village than a big city. Along the Kirchgasse you can see the remains of a Bohemian village from the middle of the 19th century.

The historic Karstadt department store on Hermannplatz sells fashion articles, household goods, electronics and food. In addition, other markets and restaurants can be found in the passage of the Kindl-Boulevard.
In the Neukölln Arcaden on Karl-Marx-Allee, visitors can visit fashion shops, a cinema and the Klunkerkranich cultural roof garden on the top parking level.

In Neukölln the Theater Heimathafen and the Neuköllner Oper are located in the immediate vicinity of the underground station Karl-Marx-Straße. A colourful mix of music, readings, theatre and Sciene slams alternates in the home port, international plays and musicals are performed in the opera.

Also at the festival 48 Stunden Neukölln there is every summer a weekend long theatre, readings and more to see.

In a former brewery in Neukölln, the KINDL Centre offers contemporary art, space for installations, performances, paintings and other artworks.

In international Neukölln you can get vegetarian burritos in the popular restaurant Burrito Baby, American burgers, Arab bakeries and many Vietnamese cooks. The Italian restaurant Lavanderia Vecchia is known beyond the borders of Neukölln with a design in the style of a laundry. Here you will find great dishes for lunch and dinner. Fresh pasta is also available at La Bolognina.

Residents of the district Neukölln have it not far to the Britzer Gardens. These gardens were created for the Federal Horticultural Show in 1985 and are reinvented every year. The varied gardens are always worth a visit.

The extensive Volkspark Hasenheide offers a green recreation area, a zoo, an open-air cinema in summer and a romantic rose garden.

The historic city bath in Neukölln is one of the most beautiful baths in Berlin and worth a visit at any time of the year. The bath offers an inexpensive sauna and special events. Every Saturday and Sunday evening it is nudist time.

All Sizes
All Types
All Cities
Neukölln
Default 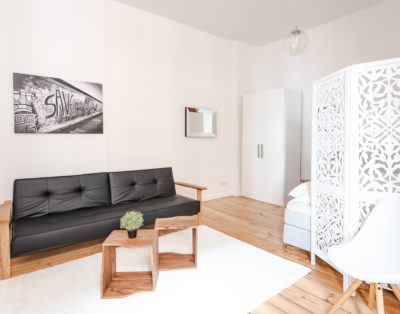 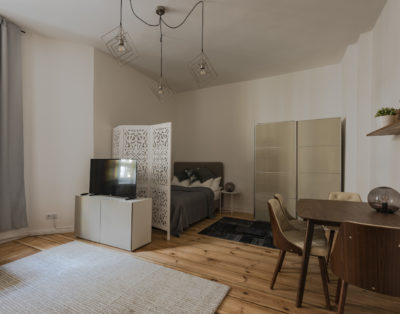 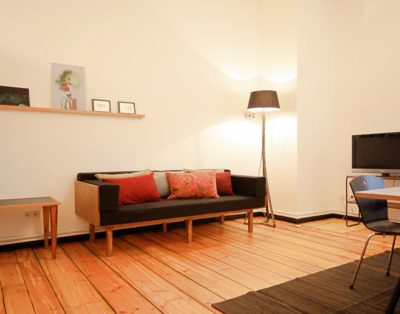 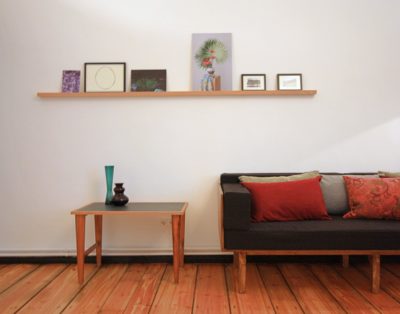