Berlin Mitte originated from the former East District Mitte and the West Districts Tiergarten and Wedding. Today, Berlin Mitte is the international center of the capital.
The districts Wedding, Gesundbrunnen and Moabit also belong to Berlin Mitte. Most of Mitte lies within the S-Bahn ring.
In Mitte are the most famous landmarks and sights, so the district is obviously one of the most popular destinations for visitors. Here you can find the world-famous Brandenburger Tor, Alexanderplatz, the Reichstag and the Museumsinsel. Tourists and residents enjoy the many cultural activities and numerous possibilities to spend their leisure time.

Exclusive shopping areas such as those around Alexanderplatz, Friedrichstraße and Unter den Linden leave no wishes unfulfilled. If you want to experience the capital’s nightlife, then Mitte is also the place to be.

Alexanderplatz with its famous Weltzeituhr is one of the most visited places in Berlin. This historic square has always been the scene of historical events. The Fernsehturm at Alexanderplatz cannot be overlooked and is the highest building in Germany.
Due to its striking façade, the Rotes Rathaus has also become another Berlin landmark. The Berliner Stadtschloss on the Spree Island tells an impressive architectural story and is particularly worth seeing for those interested in architecture.

From here it is only a few minutes’ walk to the numerous other sights of the capital. One of the most important is the Brandenburger Tor, the symbol of the reunification of Germany. It marked the border between East and West Berlin until the fall of the Berlin Wall. From the gate you can stroll past the famous Hotel Adlon and the boulevard Unter den Linden, the promenade of Prussian Berlin.

The Reichstag building is the German Bundestag and the political headquarter. Visitors can view the impressive glass dome here.
Checkpoint Charlie is also worth a visit. This is one of Berlin’s best-known border crossings and the Wall Museum shows original historical pieces from the time of the Berlin Wall.
Potsdamer Platz is more modern and futuristic, and also the largest construction site in Europe after reunification. Here you can find many shopping possibilities, cinemas, theatres and casinos.

In the Friedrichstraße, directly at the subway station Mitte, visitors land directly in shopping paradise. Various shopping possibilities and restaurants in chic design are waiting for customers.
The french department store Les Galeries Lafayette is a special highlight with five floors full of fashion and culinary specialities in the basement. Adjacent is Quartier 206, with an extravagant Art Déco façade. Numerous exclusive boutiques are located here.

A good tip is the Torstrasse, an unobtrusive but cool street in Mitte, a little off the beaten track. Here you will find fashion, sneakers and living accessories.
The Hackescher Markt near Alexanderplatz is very well known and offers numerous shopping opportunities, ranging from well-known traditional shops to numerous young designers.

Five world-renowned museum buildings are located on the Museumsinsel on the River Spree, which is part of UNESCO’s World Cultural Heritage. The Alte Museum, Pergamon Museum, Neues Museum, Bode Museum and the Alte Nationalgalerie are located here. Both a visit to the museums and a walk between the buildings is worthwhile.
The Staatsbibliothek Berlin, with around 11 million books, is divided into the Historische Forschungsbibliothek and the Forschungsbibliothek der Moderne. It is a center for national and international literature supply.

The Gendarmenmarkt is Berlin’s most beautiful square by popular opinion. The German and French Cathedrals with the Concert Hall form an impressive picture and invite you to linger, especially during the Christmas market season. The Konzerthaus regularly offers a wide variety of events for a successful closing of the day.

Light entertainment is offered by the Admiralspalast in Mitte, the Theater Berliner Ensemble with classical and modern plays and beautiful restaurants in the surroundings and the Friedrichstadt-Palast with lavish revues.
The Wintergarten, the Tipi am Kanzleramt and the Bar jeder Vernunft are also top addresses for sophisticated and modern entertainment such as acrobatics, cabaret, variety and cabaret.

No other part of Berlin offers as much culinary diversity as Berlin Mitte. Almost every country in the world is represented here and offers visitors its specialities.
Are you tired from shopping in Friedrichstrasse? The Restaurant Pantry offers a beautiful and cosy ambience, especially for meat lovers.
Huge schnitzels for the big appetite can be found in the Schnitzlei, hidden in the backyard of the Chausseestraße. From classic to unusual, all options are delicious and definitely satisfy you.
Seeing and been seen is the motto of Monsieur Vuong. Long queues have been forming here for years, because of the creative, tasty and inexpensive dishes.

For lovers of fish the Seaside Berlin is to be recommended, with a huge selection of daily fresh fish and outstanding wines to it.
You can enjoy classic Italian cuisine in the famous restaurant Bocca di Bacco on Friedrichstraße. Works of art by contemporary artists lend the restaurant a special style.

There are more than 400 hectares of parks and green areas in Berlin Mitte.
The Tiergarten between Potsdamer Platz and the government quarter is Berlin’s green heart. Here you can go jogging, skating, just walk or simply lie in the sun.

One of the most beautiful parks is the Lustgarten on the Museumsinsel, which originally belonged to the Stadtschloss. The Monbijoupark is centrally located in the middle of the popular strolling and nightlife district of Berlin Mitte, and attracts sports enthusiasts who let off steam on the lawns.
A secret tip is the Spreebogenpark, inside the Spreebogen. Here, lawn areas and loose groups of trees extend over about six hectares, inviting you to linger.

In addition to the numerous cultural and shopping offerings, Berlin Mitte offers a variety of leisure activities to relax and unwind.
How about a boat tour through Berlin Mitte? On the Spree and the Havel there are daily excursion steamers with varying lengths and starting and finishing points. Going this way, many important sights can be seen from the water with a new and different perspective.

A popular address for wellness lovers is the Vabali in Moabit, a large complex with various saunas, pools and massages. Here the hours fly by and your battery can be recharged wonderfully.

All Sizes
All Types
All Cities
Mitte
Default 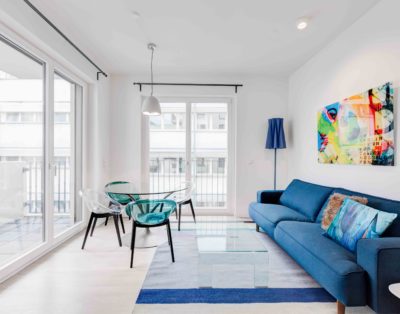 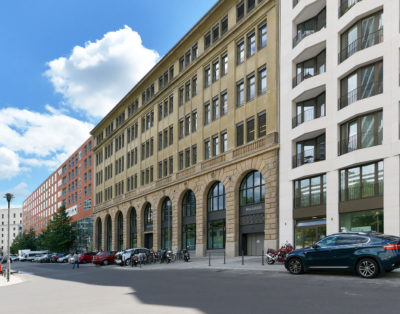 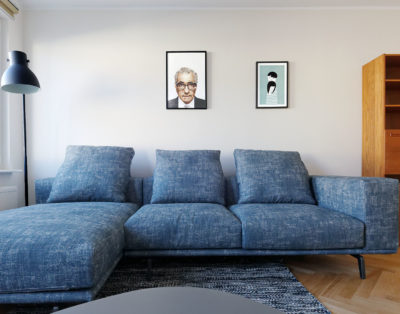 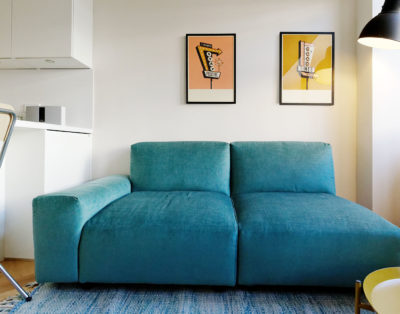 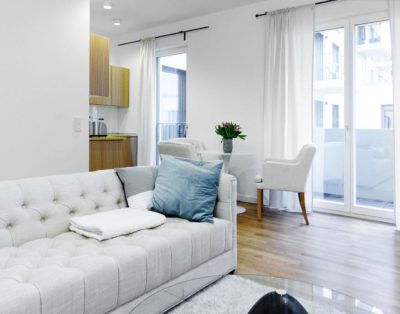 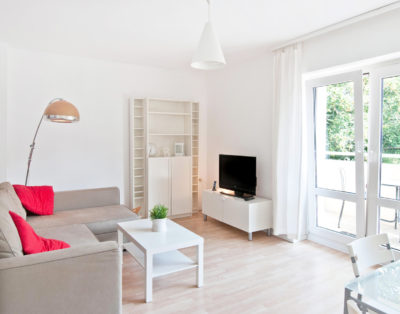 € 1950
Fantastic and charming home in Mitte