The district of Lichtenberg in the east of Berlin unites many parts which have been shaped by historical developments in different ways. History, modernity, nature and culture are giving Lichtenberg its own special charm.
To the north, the district of Lichtenberg is bordered by Storkower Strasse and Landsberger Allee and to the east by Rhinstrasse. Falkenberg in the countryside, Hohenschönhausen and the picturesque Friedrichsfelde with Schloss Friedrichsfelde as a destination for excursions are all located here.

To the south, the S-Bahn line S5 forms the boundary of the district, to the west the Vulkanstraße and the Ringbahn. The districts of Rummelsburg and Karlshorst are located here at Lake Rummelsburg and the Spree with a view of Treptower Park on the other bank.

In Berlin Lichtenberg the history of the GDR comes to life again, especially the chapter of the former state security. For visitors interested in history, there is much to discover here.
In the Stasi Museum visitors can find out about the activities of the State Security, about resistance movements and opposition in the GDR and about aspects of the political system of the GDR. The museum is called the Forschungs- und Gedenkstätte Normannenstrasse and is located in House 1 of the former headquarters of the Ministry of State Security.

The ‘Gedenkstätte Berlin-Hohenschönhausen‘ is the former central detention centre of the GDR State Security. It was in operation from 1951 to 1989. In this prison, political enemies were imprisoned and tortured physically and psychologically.
The German-Russian Museum Berlin-Karlshorst is a museum dedicated to German-Soviet and German-Russian relations. At the historical site of the German Wehrmacht’s surrender in 1945, an exhibition commemorates the war against the Soviet Union.

Shopping in Lichtenberg is varied and convenient. In the huge Ring-Center on Frankfurter Allee there are over 100 shops to discover in three building parts. In addition to department stores, there are specialty shops, groceries, fashion boutiques and restaurants.

The largest Asian market in Berlin, the so-called ‘Dong Xuan Center‘, is more special. The halls in the middle of the capital are loud and lively. Here, 250 traders from Vietnam, India and China offer their spices, affordable clothing, shoes, technology and flowers. The bistros and restaurants offer Asian specialities.

The Theater an der Parkaue is home to the Junges Staatstheater Berlin. This is a place for children, young people, schools and families on three stages. Visitors can witness performances, classics and contemporary drama.

Cinema fans enjoy all blockbusters and a large selection of current films from all genres in the multiplex cinemas such as CineMotion, UCI Kinowelt or the nearby Cinestar Treptow.

In Lichtenberg you can discover german, typically italian and the diverse asian cuisine. In the restaurant Il Mondo the guests are spoiled with great service and pizza, pasta and meat dishes.
The typical ‘Jelänger Jelieber‘ restaurant offers changing regional cuisine, with simple furnishings and large portions.

The restaurant ship ‘Gode Wind‘ promises special experiences, fish specialities are served with a nice view of the Rummelsburger Bucht and the television tower .
For festive occasions, the Skykitchen’s star-studded cuisine welcomes you to the Hotel Andels on Landsberger Allee. Reservation is recommended here.

The Landschaftspark Herzberge is a local recreation destination and is even used for agriculture. Here children meet sheep and frogs are found in the biotopes. Nature conservation is important here and there are wild orchards to explore. The Kesselhaus Museum is located in the park itself, as part of a building protected as a historic monument.

Near Lichtenberg is the Treptower Park. This vast green area is popular on all sides and pleases with huge meadows, contemplative areas and hosts the Soviet memorial.

Berlin’s Tierpark is the largest landscape animal park in Europe. About 9,000 exotic and native animals live here in a varied and extensive park landscape. The park covers an area of 160 hectares. It is located in the Berlin district of Friedrichsfelde.
Treptower Park is well worth a trip to the Liebesinsel on the Spree. Those who hike there can enter this small island via an impressive bridge. Find peace from the hustle and bustle of the big city and enjoy the view of the Halbinsel Stralau.

The Badeschiff in Berlin is a freshwater swimming pool in the river Spree. In the tradition of the river swimming pools of the turn of the century you can splash around here. A bar and sunbathing lawn invite you to have a breakfast or to lounge around for a while.

In Lichtenberg the alternative club life with industrial charm is particularly recommendable. Polygon Club or Sisyphos play floating beats under an open sky, mostly through the whole night.

All Sizes
All Types
All Cities
Lichtenberg
Default 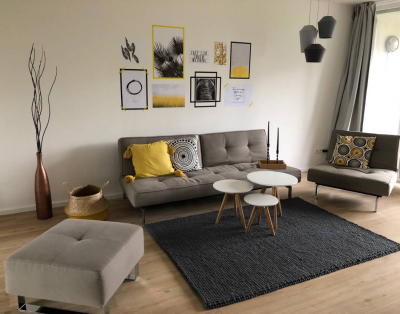 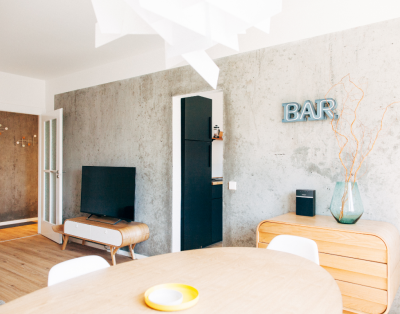